In our profession, we come across candidates who have had long innings in organisations suddenly finding themselves at the wrong end of the stick – those who are found to be competent once are no longer wanted: they become expendable

It could be quite true that organisations may need people with different skill sets to manage at different times – based on its life cycle. I am just wondering if the process could be made more humane, less tormenting for all stakeholders. And if there is a way by which such talent could be ret(r)ained why not?
All of us would have come across such stories wherein such people are caught off guard: an organisation to which, according to them, they would have given it their all suddenly finds them dispensable. And more often than not, most of them would have gone past their prime in the meanwhile and do not find themselves marketable any more.

One wonders if the organisation has done enough to
i. To make such people aware that they are fast nearing their use-by date
ii. To make them adapt to such change and equip them adequately
iii. Give them alternate career paths if plausible and even it means some plateauing
iv. If it does not work, can there be a little more empathy? Can it be handled without these nasty surprises?
While there are some exceptions (wherein organisations have robust processes to handle this), in most of the cases, it isn’t. After all, the individual is more vulnerable compared to a corporate! 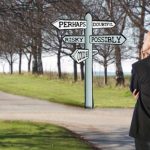 Indecision when it comes to a job changeUncategorized